Too see examples from our collection, click here to go back to our towels.

Anastasia – A classic and much sought after design, inspired by an Ottoman wood door carving from 18th.Century.  The design is made to appear as carved, highlighting the curves. Towel Weigh 730 grams per square metre.

Bonini – This design is formed from raised stripes on one side with the reverse having the effect of carved out stripes.

Bonini Chevron – A variation on our Bonini Range with a border of a chevron pattern on each end. In the Ivory and White colours a second colour is introduced in the border but in the base cotton of the weave with the loops all being in either Ivory or White. 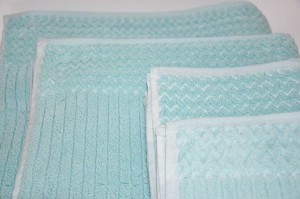 Chevron  – A classic pattern with a chevron effect

Circles – Circles made from dots of different colour on a basic ivory or white background. 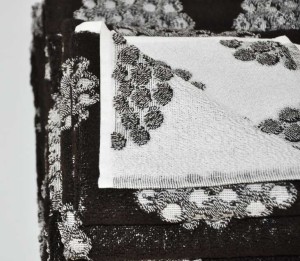 Dots – This design is young, fun and happy! Because of no carving of design towels appear thicker and they are! There are two versions with either small or large dots. Weight 750-760 GSM.

Double Faced – With our hand looming techniques and double knotting, we can get contrasting colours on opposite sides of these towels. 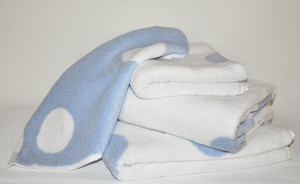 Eponge -This is a plain towel at the highest weight we produce as standard.

Eponge Waffle – Variation on the Eponge design with a waffle border.

Hamam – A classic design named after the famous Turkish Baths known as Hamam. This has subtle contrasting colours on each side and a stripe without looped cotton in other contrasting colours. It also has hand tied tassles at each end of the towel. A variation we simply call double-faced Cream/Tea is the same but without the tassles. 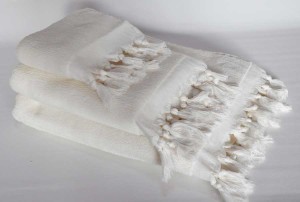 Honeycomb – A simple but pleasing design with a hexagon pattern like a honeycomb. With dual coloured ones we can put a second colour in a smaller hexagon within the larger one. 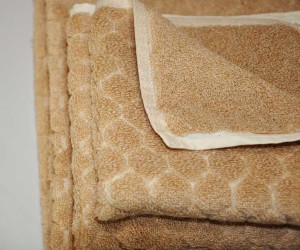 Laila – This pattern has a two different looks. On the front you can see diagonal tiny carved dots and on the back diagonal tiny diamond shapes raised.

Leaves – A pattern with large maple leaves depicted on the towel. 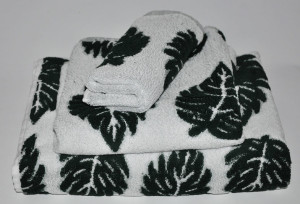 New Spa – A revival of our very first design. Plain towel with striped border at each end and finished with tassels

Pasha – A new development of an historic towel panel design.

Raindrop – As the name suggests a design with a pattern of stylised raindrops. 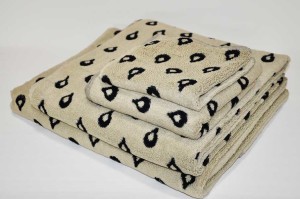 Waffle – A classic towel style with a waffle pattern. 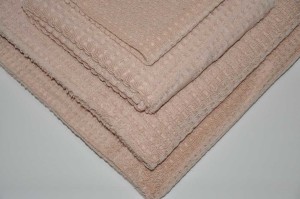